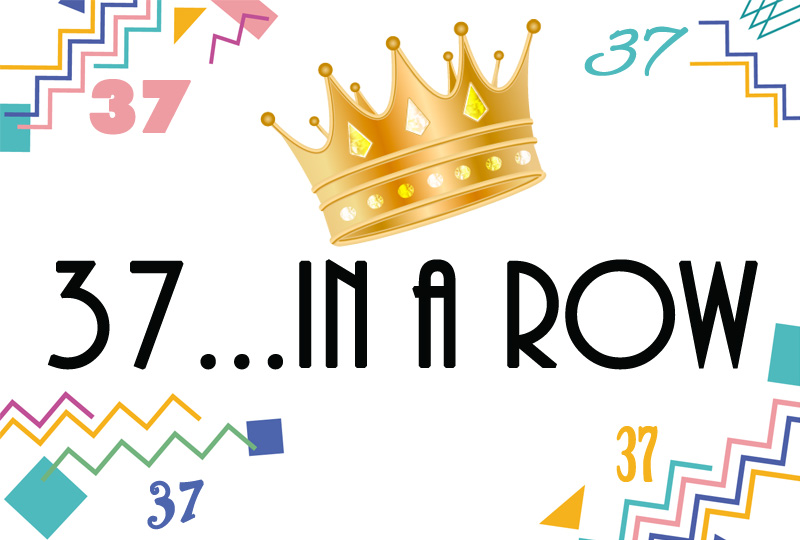 Today is my 37th birthday. And “37” is a View Askew number, and considering View Askew was a big part of my life for a long time I thought it would be fitting to do a post about the fabled View Askew Message Board.

This post contains my opinions and view on it, plus I will be including some memories from fellow ex-boardies that I still keep in touch with. I am not exactly sure on the timeline of all the events, like the exact years, so I will do my best. The board has long since been shut down and pretty much erased from the Internet.

Back before Kevin Smith became obsessed with weed and Wayne Gretzky, and before the days of Twitter, he used an online message board to keep in touch with his fans. It was a great little community we had built on the Internet. 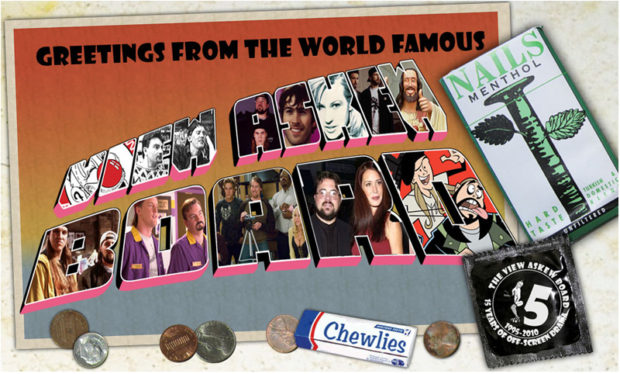 I spent a lot of my time on the Internet on this message board. We called it “The Board”. There were posts for goofing off, discussing movies, games, etc. And every year there was a Secret Santa which was one of my fave things. Even Kevin Smith and his wife Jen would be in it. It really was like a little community.

I wanna say it was 2005 that they had a big meet up event in New Jersey with tickets given out in a lottery of sorts. I was lucky enough to get one. But I was getting married in 2004 so I ended up backing out. Sometimes I kinda wish I had gone as it was the closest I have come to meeting most of these people.

I made friends along the way. My username was “Mandy O”, I know, it was super creative lol but I was happy with it. And it worked because there were a few other Mandy’s as well. I wasn’t that active in a lot of the bigger threads or games, but I had people I knew and considered online friends.

I was lucky enough to stay out of most of the drama. There were some stories I had an outside view on, and people who became infamous in their craziness. It was always interesting to log on and see what was happening.

And it became my life, and online identity for quite a few years. Ming Chen who you may know from Comic Book Men was the board admin and was pretty active in communicating with the users. Some users became moderators to help wrangle things. And of course Kevin, Jen, and Jason Mewes, along with Bryan Johnson and Walt Flanagan would jump on from time to time. And I think that’s what really made it special. Here was this legit Hollywood director, who posted on a message board and exchanged gifts with fans.

When Clerks 2 came out, I remember how much I loved the whole Kinky Kelly bit, and I constantly bugged them for a tee. One day I got an email that there was one up in the store and I can say I was one of the first few to buy one.

Then things got kinda weird. Kevin Smith discovered Twitter, and sorta pulled away . And with him went everyone else, save Jen and Ming, mostly. It was weird, and his absence was felt, but we kept things going. Then some stuff happened with people being dicks (hello, it’s the net) and the board was shut down, and a new one was made a little while later with donations required to join (if you weren’t an OG) that went to RAINN (The Rape, Abuse & Incest National Network) to sorta combat people being abusive.

It was weird after that. I think the majority of us older boardies could feel some of the magic fade away. Even when I was lucky enough to go to a Kevin Smith live show in Minnesota in 2009, it didn’t feel like I thought. His show was good, but it wasn’t like the days of old.

And eventually, the board got shut down permanently. I am not sure of all the specifics, I wasn’t in the inner circle, but I know it involved some people being extra dickish. The board was shut down and we kinda scattered. There were some temp boards set up, but I never really got in to them. I made sure the people I was friends with got added to my Facebook, and I kinda went about my life. And losing the board and feeling lost was actually why I started Littlegeeklost. To try to find my new place on the net.

And as of writing this, I have kinda found a new place. It took a long time. But there is a podcast I am a fan of, Sofa King, and a Facebook fan group is kinda my new community. With a Secret Santa and everything!

I reached out to some of my old boardies, and got them to send me some memories of the board. Here are their stories:

It was on this day, about fourteen or fifteen years ago, that I joined the View Askew message board. I was already feeling down, since it was the anniversary of something else in my life, and I wanted some good laughs to cheer me up. Boy, they didn’t disappoint in the slightest. I met a few of the folks from the site (Tangy and her soon-to-be husband, along with Tami, and Ultimate Simon), and they were just as silly and crazy as I thought they’d be. We even got the chance to talk to Silent Bob himself, Kevin Smith! We got a chance to respond to his lovely wife Jen, as well as his friends Scott Mosier and Walt Flanagan.

The games we played on the site were a lot of fun. I created two of them — the Disney draft, and the R-S-T draft — and I miss playing those games a lot.

This is Chuck, formerly known as deadpool247

Hi, Dawn, AKA Silent Bunny here. I was asked to give a bit about my time on the View Askew message board.

It was sex, drugs and rock and roll.

Who am I kidding? It was more like sex, drugs and pop culture.

Yet it was so much more.

It was a community that brought folks from all over the world who may not have ever met if it were not for their love of Jay and Silent Bob.

It created love and friendships that transcend beyond a message board that no longer exists.

The north remembers the VA board.

I was a latecomer to The VA Board, but I knew I had instantly found “my people.” After learning some of the politics and cliques of The Board, I grew more comfortable posting in various areas, especially in Jen’s Den. Over time I started joining competition threads, like the drafts, the 365 Movies In 365 Days (for the record, I did 400!), and other such things. The bulk of my closer friends on The Board ended up being the UK, Ireland, and Australian crowd because I work nights and did most of my posting then.

The collapse of The Board was a sad day, but you could see it coming after a couple other lock downs due to certain people poking bears and then playing the victim card when the bears poked back. A lot of those same people went on to the “back-up board,” which I tried to get into but quickly left when I got a feel of what the admin would be like.

But in the end, I’ve gained dozens of friends from around the world that I remain in contact with on Facebook and other means. I also got the podcasting bug after listening to Simon Fitzgerald and Wayne Talbot start doing The Pubcast. Jay Catalano and I logged over 100 episodes of Barely Adequate with Chris & Jay and out fitness pod, Barely Athletic. Currently, I am doing a weekly horror themed show, The Podcast Macabre, with fellow Boardies, Joe Meyers and Jenny Duquette, that is gaining ground and has just under 150 episodes logged now!

The collected groups of the View Askew web community were a lot like High School. Push yourself and yoir friebds up, yltear everyone else down became thr name of the game afyer several years. Fitting, because it was towards the end of high school when I became a member, not yet realizing what I was getting into. I paid my $2, and joined, and spent a while looking around before posting as Kevin himself recommend. He, occasionally Jay, and some of his other friends and actors would be around both causing and fixing little bits of occasional mayhem.

In general terms, there were definitely cliques of folks on the board, but it a community that measured in the thousands, that was likely to happen. I found my place, found my people, and took part in several forms of that previously mentioned mayhem.

The board really became more fun for me once Facebook became more of a thing, because you could get to know your cohorts a bit easier. I met people then who I am still friends with now. People from all walks of life, all ages, all places, and so on. We banded together when popular posters or our friends got sick, or lost jobs, and did what we could to help.

But as many communities do, this one ended. Depending on who you believe, it is likely than Kevin’s wife Jennifer is the one who actually took it out back and shot it, Kevin having left long before for other grounds.

My memory of the board all the traveling we did to hang out with boardies. We went to the California, South Carolina, the Bahamas, Scotland, Ireland and Britain, either to see boardies or on vacation with them. Boardies came from around the world to hang out with us! It was a fun and wonderful time in life, filled with amazing people. Some of these people are no longer in my life, but I treasure our travels together.

The View Askew Board was a community long before Facebook or My Space came along, and we made friendships on there that are still going years after the board was killed by Bryan Johnson. Families and children were created. Turkeys were mailed to other countries and hundreds of us had smiles on our faces from people we’d never met face to face. Kevin Smith won many of us with his movies, but his board brought us together and made us a family. For that I am truly thankful, and dearly sad it is gone.