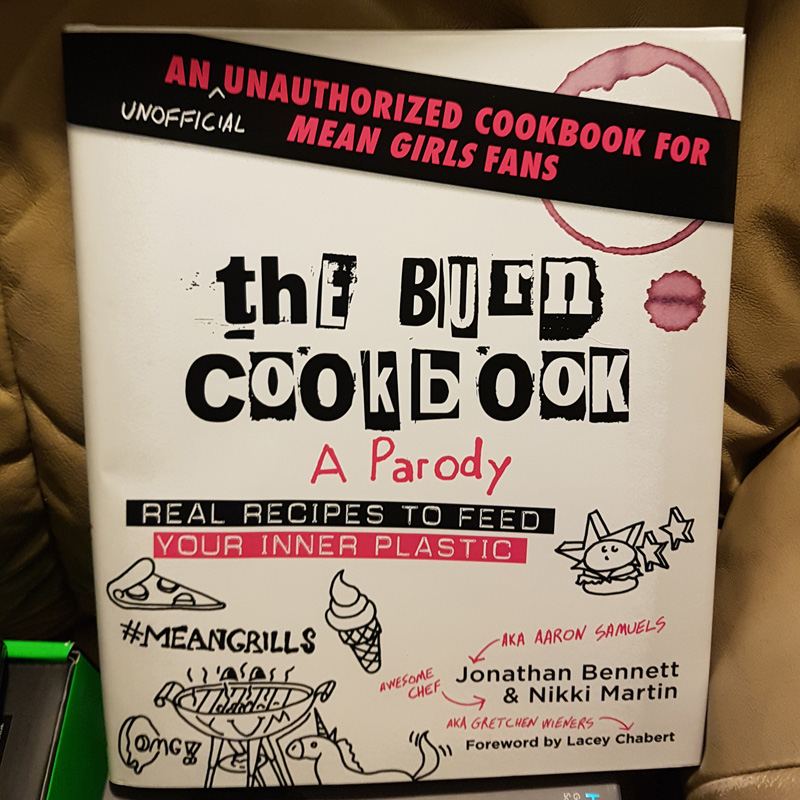 For Christmas I got the Mean Girls cookbook, and I have made a few recipes throughout the year so far. I wanted to share those.

The recipes in the book are all pretty great. None of them seem too hard. I had previously made the Swedish Meatballs, but I didn’t think to take any pics at the time.

So for this blog, first up was the Gretchen’s Wieners, which are basically pigs in a blanket, but still pretty great. And of course I wanted to start with an appetizer.

After that I thought I’d try a main course, the Fetch-uccini Alfredo. Which turned out really tasty.

I did add bacon to it. Because bacon.

After dinner it’s nice to have a drink, so I made the Why Are You So White? Russian

So that was my first Fetch meal.

And then one another night, I decided to try another recipe. This time it was the She Asked Me How To Spell Orange Chicken. I’d never made orange chicken before but it turned out really well.

All in all I’m happy with how all the food turned out. It’s a fun cookbook with some great ideas in it.