Interview with a Podcaster – InterComics Pod 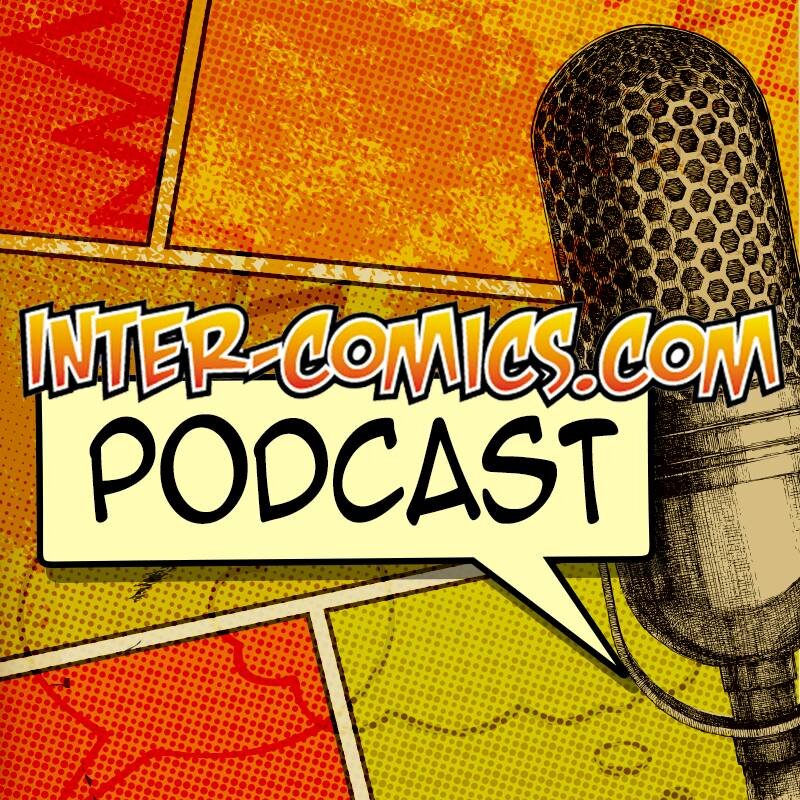 It’s been awhile, I know. But since I am so swamped with life right now (started a new job, and it’s holiday time) and it will be awhile before I get to another podcast, I figured I would do some interviews with other podcasters and share those with you. So here is the first in the series, an interview with Mathew Wilmot (who guested on a pod of mine) from InterComics Pod (where my podcast BFF Jack Chambers also pods). Check them out online at http://www.intercomicspodcast.com or on Twitter @intercomicspod

1) Give us an overview of what your podcast is about and who hosts it
Our show is a weekly round of up Comic book related news, reviews and critiques of this weeks comics and at the end of each month we have an in depth discussion about a particular series, we recently discussed I Kill Giants from Image comics.

2) What made you want to start doing a podcast? Were you approached or did you start on your own?
I was asked to join the podcast by one of the founding members of the show Dan. After my first appearance (which came about through a competition on twitter) he encouraged me to keep coming on the show and eventually I was made a full cast member. Currently the show consists of Jack and Dan, two of the founding members and myself.

3) What aspect do you like the most about podcasting? What do you like the least?
I enjoy the flow of ideas and opinions that come about in the show. We do agree on a lot of things but when we don’t its quite interesting. We all come from different places and we all have our own ideas on how things should be. It hasn’t ever gotten nasty because none of us are trolls. We do rib each other about it, I’m still getting it for not liking Magneto #1.

I suppose the aspect I least enjoy is the editing. It’s not something I was ever good at. I had only ever done little bits of it before podcasting. Screwing around in bands in college but I remember how much of a hassle it was back then. It’s basically like doing the show but it takes twice as long and you have to listen to your own voice which always sounds horrible.

4) How do you encourage feedback/interaction (or do you) with your listeners?
I’m a twitter guy personally. I quite enjoy throwing questions out there at various points of the week. What books did you pick up this NCBD? What’re you reading this weekend? Who are you going as for halloween? Having a full time day job means I can’t put as much time into it as I would like but there are three of us on the show and we rotate duties. Sadly sometimes life gets in the way for all three of us and we don’t get to do it.

5) Do you listen to any other podcasts?
Not any more. I used to have a big podcast pool I listened to. I just don’t find I have time anymore. My commute isn’t really that long and when I’m at home I’m usually trying to write (where I tend to not have any podcasts or music playing at all) or I’m catching up with the guys or lost sleep… usually the latter.

6) Biggest piece of advice for someone looking to start a podcast?
I’d say don’t force it. People will know if you’re putting on an act and trying to be funny is the easiest way to not be funny. I’m someone who likes a show list to work from so plan out what you want to say even if its just one line or one word and most of all try to keep it tight. having someone who’s great at editing also helps!

7) If you could only listen to 1 CD/album for the rest of your life what would it be and why?
I couldn’t just listen to one album for the rest of my life, the music I listen to is heavily affected by my mood so one album just wouldn’t cut it. If I could have say maybe five… then i think I could manage but not just one. I work in a store where we are forced to listen to music so I try not to when I’m away from there. I kinda like the quiet… I’m sort of old and boring.