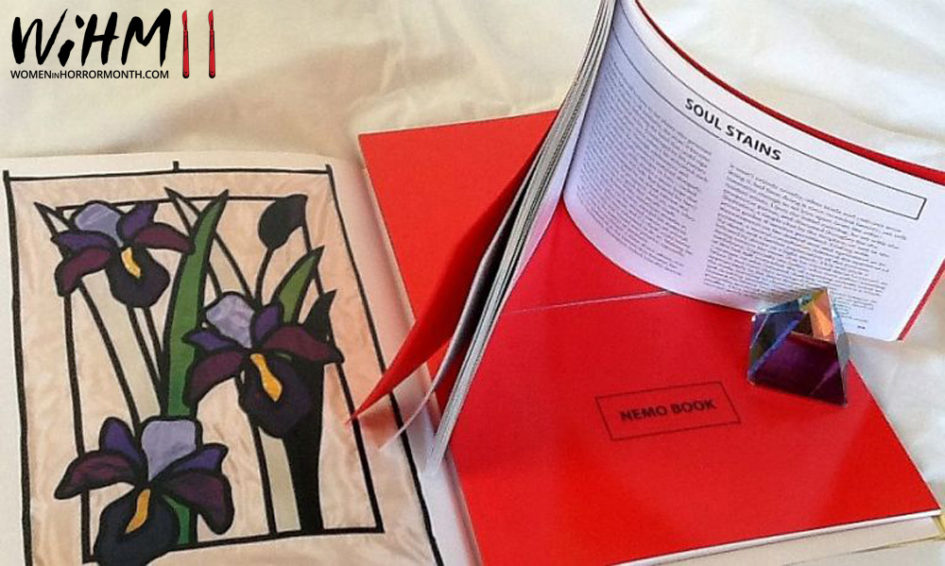 Robyn Alezanders made her horror debut with the short story, “Soul Stains,” in Des Lewis’ critically acclaimed Nemonymous 5, and earned an Honorable Mention in the 19th Year’s Best Fantasy & Horror. Her work has also appeared in The Mammoth Book of the Kama Sutra, Eternal Haunted Summer, and in a Women in Horror guest post about female vampires in the age of #MeToo. Find her on FB, posting about scary stuff, witchy musings, vegan baking, her jedi master chihuahua, and whatever else is on her creepy yet loveable mind.

Here’s her essay Weaving Writing, Witchery, and Hauntings Together

There’s a unique essence to the horror genre, as it takes inspiration from both the mundane world and the worlds between the shadows. Our creative visions of course shape our craft, yet there’s an amazing wealth of experiences that can elevate the artistry. For some, like me, what could be categorised as paranormal is the normal, and it’s a fascinating insight into story material that echoes all of the realities around us.

The spirit world and I have a long-standing, close relationship, with my earliest memories from around the age of 5. I sense it, am affected by it, and often act as a magnet, attracting energies, whatever their demeanour is. Moving objects, audible footsteps, voices, noticeable drops in temperature, from residual playbacks to active behaviour, you name it, I know about it. Most of it has been neutral if not positive in Nature, and by energies that were once human. They’ve whispered “hello,” repositioned toys, opened and closed doors, knocked on walls, turned lights on and off, and tugged at my arms and waist. There’s a comfort to all of this, knowing that there’s more than one plane of existence, and who knows what the entire scope of that is – what it feels like once there, and what limitations there are, if any….

Then there’s the small percentage of interactions where it hasn’t been so nice…by human spirit and by something more.  The off-putting odours, uncomfortable touches, menacing sounds…the life-altering experience where I encountered a being that taunted and tempted me, a shifting being that had never been human, and for a brief couple of hours, got inside of me and showed me things I had never seen before….an energy force that simultaneously unsettled and attracted me, and created an odd symbiosis where my fear became a desire to feed off of it as it enjoyed feeding off of me….

On their own accords, all of this shapes quite a tremendous backbone for plotlines and character developments. It’s the hands-on familiarity that writers frequently hope to bring to projects, a integral component that presents some obvious challenges in the horror genre – granted, we unfortunately have a sizeable database of distressing, frightening examples of human behaviours to draw from; the otherworldly side, however,  indeed becomes grander when we can cite very real involvement.

Adding to the delicious layers ripe for literary exploration is being an empathic Witch. Knowing how to call upon energies and work with Them, how every living being bears their own magick, and how inanimate objects can become the vessels for such potency – that alone is a powerful tool that a writer can utilise to advantage. Possessing the ability to sense and absorb emotions, to act as sponge, eraser, deflector, mirror….it’s a strange and wondrous element that also becomes beneficial to an artist’s mind and hands.  Immersing oneself into characters that should sound as authentic as possible, no matter how unEarthly they may be, is a form of spellcasting unto itself, an evocation that when brought to its fullest potential, makes for exquisite art.

Seeing, hearing, feeling, and playing with that which waltzes through the veils provides  unforgettable views into portals eagerly awaiting what the imagination can then take to conjure. Horror writers who nurture this sustenance have an amazing, pliable gift – it in no way makes them better than writers who don’t interact in such a manner, but it’s a vitality that should be recognised and applied.

Process your hauntings, spectral impressions, mediumship, summonings, attachments, and every other instances of communications with those beyond our simple plane. Analyse, muse on, and transform them into stories, theatre, film,visual art, and whatever else is born from the tapestry of all of your talents.