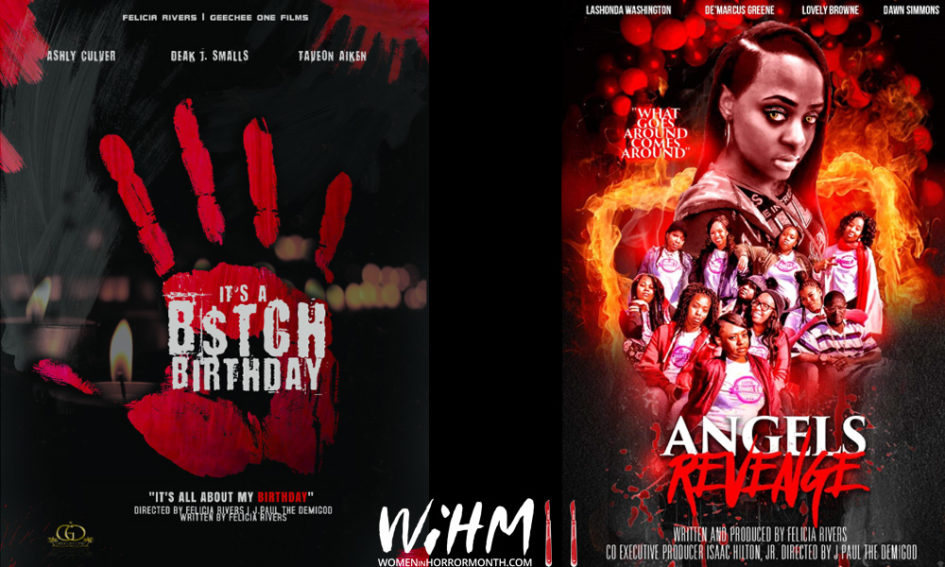 Felicia Rivers is a independent filmmaker based out of Charleston, S.C. In two years Felicia has produced over 13 projects and has just finished wrapping up her first full length film “King Amir’s Verdict “. Several of her projects can be found on Amazon Prime under her company name Geechee One. Geechee One Films has played in several different film festivals throughout the world and has even won a few awards.

Feburary 2018 she dropped her first film ANGELS REVENGE. It is an adapted film based on a classic horror film.
Since then she has produced several other short horror films such as Sleeping Baby, Untimely Reunion, Smiling Faces, Bus 2 Hell, and now 100 Bodies.

What is your story with horror movies? A fan growing up?

I love horror and thriller films. I watched them since I was little.

What made you want to get into making horror movies?

The horror genre is a growing genre that people around the world can relate to. You can be funny, serious, extremely crazy, and more when doing a horror movie.

What is the biggest challenge you’ve faced?

Biggest challenge is perfection takes time. When doing a film you have to find a team of people who understand that in order to make it the best you can you have to be patient.

Which project has been the most fun to work on?

The very first horror film I did was Angels Revenge. It was a remake of a classic. I learned so much about casting, location, horror, and more.

Any advice for women who want to make horror films?

Do it! Get your vision out and don’t be scared to push the envelope.