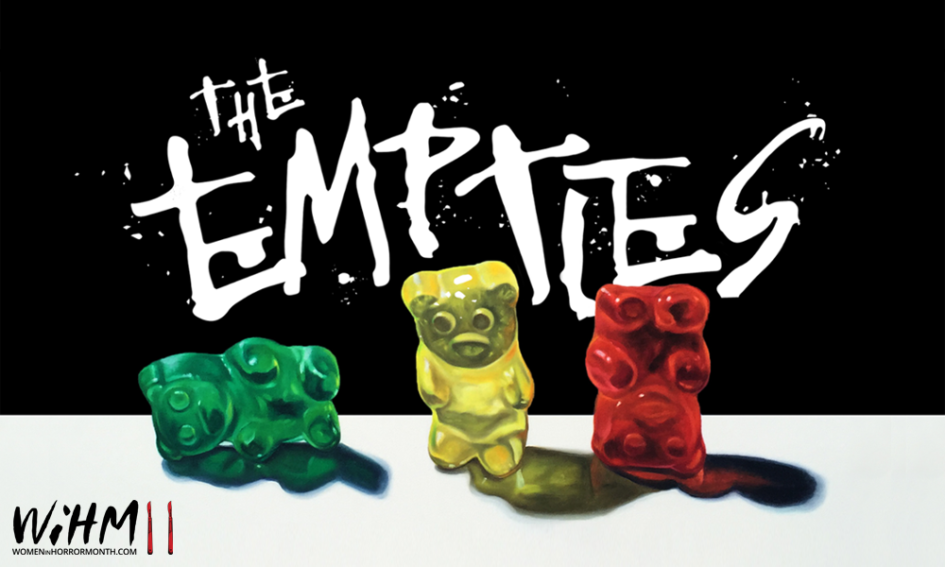 The Empties is 150+ page horror graphic novel about what happens when love dies (and is reborn in a flesh-eating monster!)
with savage artwork by Eli Powell and story by Kristen Gorlitz

The graphic novel releases on Kickstarter on Feb 18th, 2020. http://www.horrorcomicbook.com

Short Synopsis: A chef has a simple desire – he wants to be happy and he wants his wife to be happy too. But just because his wife
has a roof over her head, it doesn’t mean that she’s happy or fulfilled. There’s something missing in her life, and even she can’t
put a finger on what it is. That is, until she develops an insatiable hunger for flesh!

Get the first comic book in the series at http://www.freehorrorcomic.com/empties

Kristen Renee Gorlitz graduated with honors from Grand Valley State University with a BA in narrative film. During college, she interned
under Rebecca Green (Producer, It Follows) at Tic Toc Studios. After graduating, she went on to work in the art department on films such
as 30 Minutes or Less (Dir. Ruben Fleischer, Zombieland), Virginia (Dir. Dustin Lance Black, Milk), The Steam Experiment (Dir. Philippe Martinez,
Game of Death), and Offspring (Dir. Andrew Van Den Houten, The Woman).

With this experience, Kristen moved to Los Angeles where she formed her own production company, Strange Worlds Production Studios. Currently, Kristen is an assistant manager in TV distribution at NBCUniversal. In her spare time, she writes movies and comic books. Her story, The Empties, is an official selection of The Global Independent Film Awards and The Independent Horror Movie Awards.