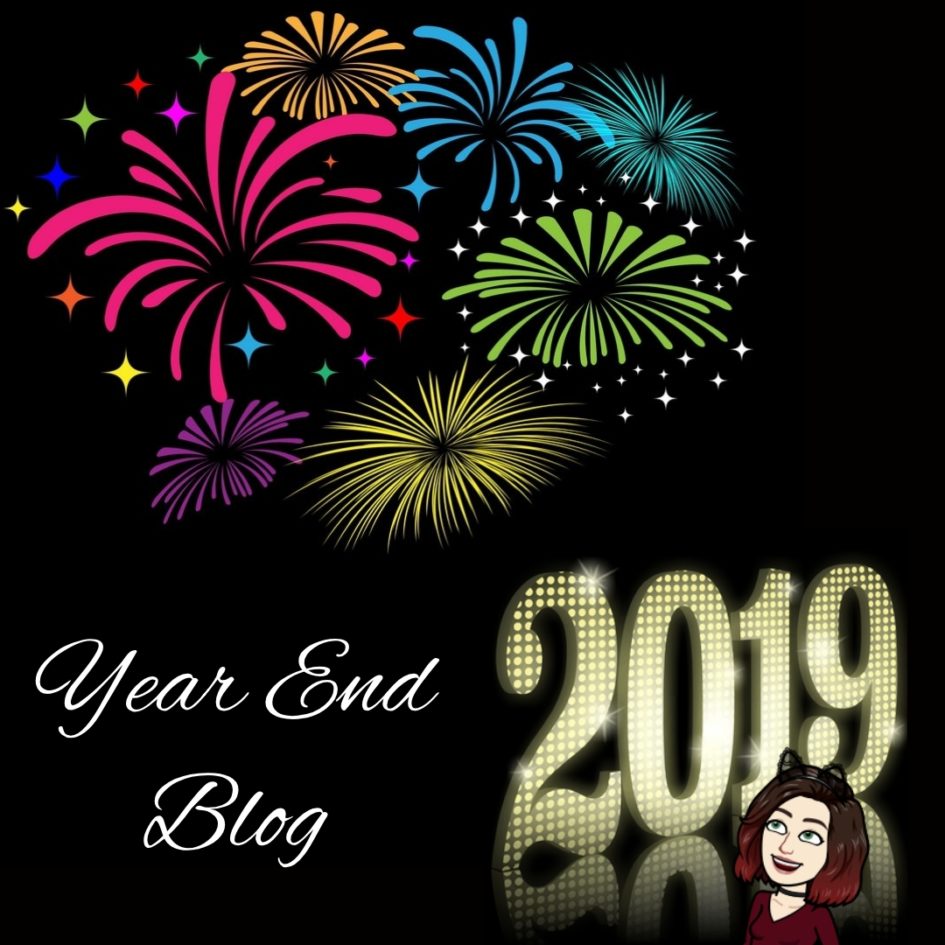 2019, what can I say. It’s been an interesting year, that’s for sure. And the way I am closing it out sorta fits. On day 4 of a death plague with constant fever and full body aches. And I’m writing this post with said fever, so I hope it makes sense.

The year started off on a sad note. A good friend of mine passed away in January, and it hit me hard. I had never had a firend die before, only relatives, so it was a new sad experience for me. I am so happy and thankful for the time that I had Mike in my life though, and all the ridiculous memories we shared will always be in my heart. And in speaking of death, I had another friend pass away in the summer. And that was another first because it was an online friend that I had known for many years, and also the first suicide I’d experienced. And that was a real shock to my system. And it makes you realize that you never really know what people may be going thru. And then in November this year I had my 3rd death, my Grandma passed away. She was my last remaining grandparent. And she passed just days before the anniversary of my Mom’s death, so that was a really hard week. I’ve had a lot of death over the last 10 years or so, but this was a realy hard year with 3 deaths. And it all just makes my anxiety about death and dying even worse.

But there were some good things this year as well. It wasn’t all downers. We decided to do kitchen and living room renovations at the beginning of the year and I am so happy with how they turned out. Being able to plan your dream kitchen is pretty awesome. I did a blog post on it here http://www.littlegeeklost.com/blog/our-house-renos/ And we closed out the year by getting new couches, so that helps end the year on a good note.

I also really put a lot more effort into The PIECast this year. Focused on it more and had some really great topics. And even joined a pretty great podcast network PodBelly. And I am planning on continuing to grow the show and it’s topics next year. So that’s pretty exciting.

I also got to judge some horror movie short films for a local horror film festival, Terror In The Bay. It was really fun watching all the really well done films from all over the world and give my feedback on them. And then to go to the festival in October and see some of the ones I judged on the big screen. I can’t wait to be a part of it again next year.

And I made a New Year’s resolution for 2019, well more of a task I guess, to keep track of all the movies I watched, but also try to watch 365 movies in 365 days. I was off to a really good start, but fell behind in the summer months. I was making up some ground, but with a daunting task of watching 103 movies in December it just proved to be too much. I feel like I could have made it, if I hadn’t gotten this flu which basically had me laid up in bed for 3 days straight. My final count is 337 which really isn’t too awful. I tried. I tried really hard.

So on to my resolutions for 2020. I would really love to do the movie one again, but I think I will just keep track of the movies I watch, and not worry too much about the count. But I am going to set some goals for 2020, more than resolutions.

One of those goals is going to be to get back into reading books. I’ve fallen behind on that the last few years and I’d like to read more. So I’m going to set a goal to read 1 book each month. That may not seem like a lot, but I want it to be a doable task. And if I read more, then that’s just bonus.

My other goal, and this is more of just a personal life goal, is to start moving toward using more products that are more natural or non toxic. I already have some natrual deodorant ordered to try, so I’ll likely be doing a review on it. As well as a bunch of non toxic makeup to swap out my current makeup with and try out. I feel like I should make an effort to be putting less toxins into my body where I can. And switching out my makeup and deodorant felt like a good place to start.

So I’m ending my 2019 with a terrible flu and New Year’s Eve plans of cold medicine and a cozy couch, but really it could be a lot worse. I’m very thankful for what I have in life and those I love that are in my life.