Neon Milk, Their Gift to the Human Race 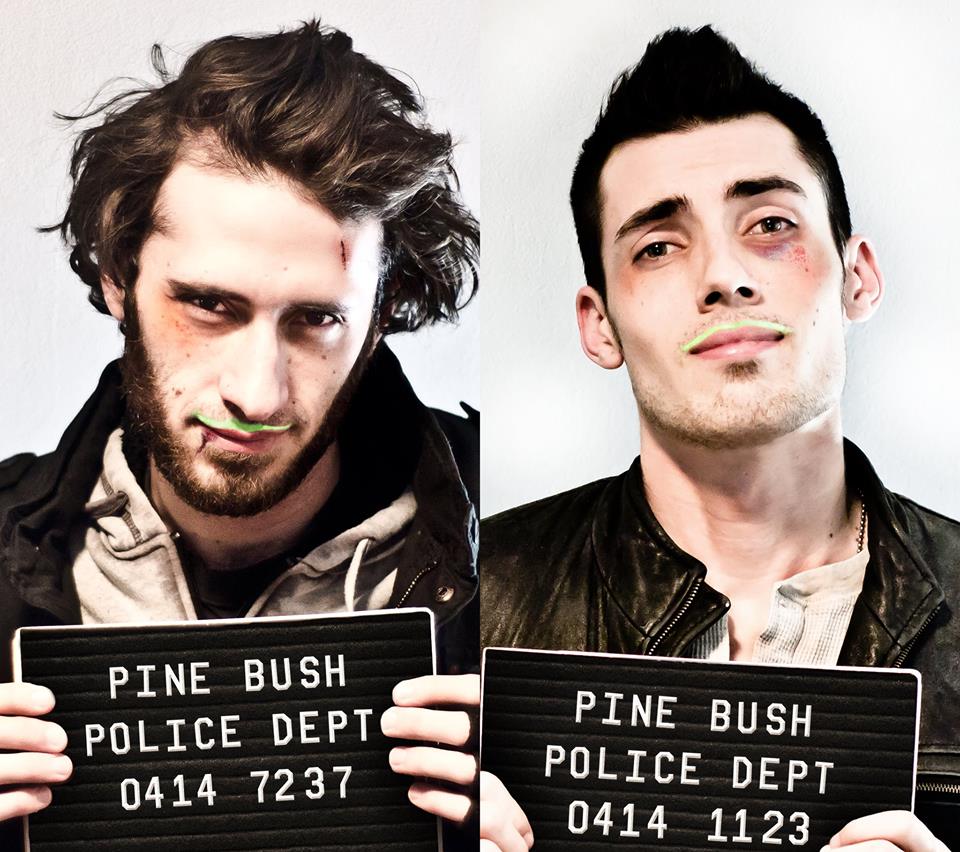 (this article was originally published over at wordofthenerdonline.com but I wanted to post it here as well)

I have never done a review of an album before, but I felt I had to now, for this specific album. Neon Milk by Recap has been infecting my brain and I need to share it with as many people as possible. It’s a space/sci-fi themed album so all you sci-fi music lovers should really check it out.

Let’s start at the beginning, at least for me. I went to Blizzcon in November 2013 and during the talent portion of the show, there were bands. And this one band, Space Bards, played a song called Back In the World (Of Warcraft) and I immediately fell in love. You know when a song hits you in the brain just right? I made a mental note to check into the band when I got home.
And from there I followed them online and found out they were starting a Kickstarter for a new full length album under their other band name, Recap.

So I immediately got in on the Kickstarter so I could get an album. And waited patiently. They released a couple teasers from the album and it made me anxious for the whole thing. And in anticipation, and because I loved their World of Warcraft song, I played it on a podcast of mine on my personal site Littlegeeklost, and it even got mentioned in their Kickstarter update.

And then the day came! April 29th saw the album launch with a live listening party online, which I made sure to check out. They streamed the entire album, which was awesome, even if one specific song (Sirius B) weirded my dog out with it’s opening. They answered some questions when it was done, and I got to hear them say hi to me on the feed (and squeal like a fangirl). The digital download arrived in my inbox afterwards, and it’s been on repeat in my life – at work, in the car, at home – ever since.

So let’s get to the album. Here is the track listing:

We open with Apollo 10. This features the actual transcript from Apollo 10, and is a nice lead in to the album to set the overall tone. Up next is Secrets, about an alien landing on earth, which gives you more of an idea of how the album is going to be, with catchy melodies and singing, mixed with awesome rapping in between. This song has humor to it, much like the whole album, but without it being cheesy. It flows nicely into Phone Home (Starship) which was actually one of the teaser songs they released before the album, and the one that got me hooked. It’s an upbeat song with a good rhythm to it and gives you the first glimpse into the rock beats this album provides.

Up next is Earth Girls, which I have to say is probably my favorite song on the album. Well, one of two favorite songs. It’s kind of a parody of main stream pop/dance songs about picking up girls. But I love it. It’s got a nice flow to it, and I can see it as satire. And those kinds of songs are something I love. It’s a good one to crank up loud in your car. After that you have That’s Life, a mellow song giving a glimpse into how the aliens are confused by earth. Which is then followed by  a little skit about the aliens landing, that then leads in to Be Who You Wanna Be, a song about the aliens not really being happy with the people of earth act, which is what Fed Up is also about. These two songs are a little more energetic, with the same great sound heard throughout the album. And in the album story the aliens decide to leave earth.

Now Sirius B is up next, the one that upset my dog with it’s opening sounds. But don’t let that stop you from listening. It has a more alien type style with lots of cool sounds you don’t hear in any other music out there, and its lyrics about the aliens being on a friendly and respectful planet they wish earth was more like, really sticks with you. Change is a song with a great message, which is given away by it’s title. It’s about making changes for the better in your life. And then is another song that I really love and play on repeat, Do You Ever, which is about the aliens missing earth (or earth girls?) which is melodic, and kind of sweet. New age power ballad maybe? Then we get What We Do which is a good rap/rock song which sounds like it has some metal influences.

These are followed by another little skit, Flight Check, about the aliens getting ready to return to earth. That leads in to the title song Neon Milk, which may seem like it will be long when you see it’s 6 minutes, but it’s so epic that it doesn’t drag. It’s again a fun blend of rap/rock/metal. After that we get Dunno, which was the other teaser song for the album, and it is a nice little ditty fun to sing along with. And that brings us to the last song of the album, their credits song in the story of Neon Milk (to paraphrase the boys) Disco In The Sun, which is a fun upbeat song to end the album on. Another great one to crank in the car.

So, overall I love the album. I can’t stop listening to it and it’s been a really long time since I liked a whole album from an artist. Even the little skits fit with the flow of the album and make it fun. And I love fun music. The story of the album is great too, about a couple of aliens landing on earth and seeing how we treat them (which isn’t very nice) and how we treat each other, so they leave, but then decide to come back to show us the error of our ways and try to help us.

I suggest you check them out on their website www.recapband.com and either buy the album there, or via iTunes. You will not regret it. Unless you don’t like good music.